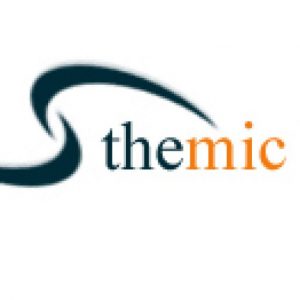 Chris St John has been on a roll this past year, especially these last few months.  He has had several international hit singles, including “I Called You Rose”, “I’d Send You My Heart” and “A Box For Jewels” All songs dominated the Euro and World Indie Music Charts, rising to No. 3 and 8 respectively.  St John’s latest track, the extremely infections “Hey Siri”, perfectly captures the current state of our techno-crazy modern world.  The song humorously yet pointedly song addresses both our addiction to, and frustration with, Siri, Alexa, Facebook, Amazon, texts, emails and cell phones, while lamenting the loss of simpler times before the cell phone/social media age.

Over a lighthearted, playfully rolling, whistle-infused African/Carribean styled groove reminiscent of Paul Simon’s classic Graceland vibe, the fast emerging multi-faceted Americana, folk, soft rock and country influenced artist shares insightful lyrics we can all relate to – and will be singing by the second chorus: “Siri’s unavailable, Alexa won’t stop talking, texts and emails coming, our children text for talking/I can’t remember my passwords/Days run like a river/My phone is like an organ./You’ll kill me if you take it away.”

Produced by industry legend Stephen Wrench, who has worked with everyone from Lynyrd Skynyrd and Tom Petty to Bob Seger, Bonnie Raitt and Ozzy Osbourne, the buoyant track was recorded at Omni Studios in Nashville with some of Music City’s most renowned session musicians. Wrench, also a powerhouse radio promoter whose company Musik Radio Promotions caters to a network of over 250,000 stations in 180 countries, worked with St. John’s earlier singles – and was so impressed by his latest batch of songs that he signed as his producer for the current project.

“Hey Siri,” a compelling video for which is in late production is the first lead single from St. John’s mostly finished album in progress Fly Away, planned for release in early 2022. Fly Away is the follow-up to the singer’s debut collection I’m Dreaming, which dropped earlier in 2021 and was showered with more than 30 worldwide rave reviews.

“Hey Siri’ is a song I wrote in less than a half an hour, early one morning at my office,” says the Long Island based St. John. He began writing songs at age seven but set his musical dreams aside for years as he pursued a successful career (a prosecutor, judge and an attorney and owner of a large law practice). “I heard an upbeat melody in my head and added lyrics about the blessing and curse of modern technology. I knew I wanted airy dancing guitar and that it wouldn’t be a typical folk or rock song – and when I sent it to Stephen, he said “don’t change a thing!”

“I thought back to my childhood and how much things have changed,” he adds. “We are prisoners to our phones and devices. We are much more productive, but at the cost of our peace, privacy, and creativity.  What gets lost is the enjoyment of personal conversations and connections with our family and friends, and time enjoying the beauty that surrounds us. We read less, we dream less, and we are being killed by a death of a thousand cut of texts, emails, and calls.  When technology fails us in any way, even for a moment, we lose our patience.  We are at the world’s beck and call, and that is stealing our happiness.  People need to decide for themselves whether the progress we see is better or worse loss for the human condition.”

While there’s a certain thematic novelty aspect to “Hey Siri,” the upcoming collection’s second lead single, the album’s title track “Fly Away,” is a soulful, poignant ballad that all parents can relate to, a song that reflects the true emotional depth of his ever-evolving songwriting artistry. “Fly Away” is about how fast our children grow,” St. John says. “I don’t want to give too much away, because I think people will relate to this song, and I want to leave the listeners room for interpretation.  I put my heart way out there on this one. I write about the things that I see and feel, and I let it all hang out on the entire album.”

While most working musicians were sidelined from the road during the first stage of the pandemic, there were silver linings galore for budding artists like St. John, who took an opportunity to go on authentic cattle round up, punching 650 head down Big Horn Mountain, Wyoming.

Spending 12 hours a day in the saddle, St. John went through a few horses before finding Reagan, a horse he instantly connected with, and later purchased. He wrote a song about the experience titled “I Need a Horse,” which became the first song he ever had produced in a studio setting. Encouraged by the response he received from family and friends; the singer dusted off a bunch of songs he had written over the years for his lifelong dream long on the back burner. With time to spare, St. John went on a creative tear after I’m Dreaming, writing 15 new songs over the course of several months – many of which are being produced now by Wrench and will appear on Fly Away. “Once I wrote “I Need a Horse” about my life changing trip and my horse,” St. John says, “I knew it was time to take a leap to a professional music career and to follow my dreams.”

St. John brings his wealth of life experiences to his musical palette that could never have existed had he gone the proverbial starving artist route earlier on in his adult life. In addition to his many years practicing law, he studied and taught Chinese in Beijing. He worked in the State Department for then Secretary of State George Schultz, participating in the Reagan-Gorbachev Summit in 1986.  He was later a trade delegate to a trade mission to China in 2007, in Xian, China. In addition, the singer is the co-founder of HALO Missions (Health and Learning for Orphans), which provides hands-on medical care and educational assistance to orphans in developing countries. He is also a volunteer professional firefighter.

Despite the adventurous eclecticism of his resume, music has always been St. John’s truest passion since day one, driven by a diverse playlist of artists and albums that continuously inform his development as a singer and songwriter. “I discovered the Beatles in 1970, at 5 years of age,” he says, “and got into the Grateful Dead in 1980, at 15. My musical catalogue includes the Eagles, Jackson Browne, James Taylor, Paul Simon, Elton John, Cat Stevens, Steely Dan, The Who, Pink Floyd, Fleetwood Mac and other artists that were on the charts during my formative years.

“I’ve also drawn from classic country artists like Patsy Cline, Johnny Cash, Willie Nelson, Hank Williams and others,” he adds. “And of course, I really got into what my parents were listening to when I was growing up, too – everything from big bands to Motown to standards from the Great American Songbook. To go from listening to all this great music as a young man, I was fascinated being in Nashville with all these top musicians, hearing how enthusiastic they were about each track we cut for the new album, was truly incredible. They told me it was a magical night for them, and it was for me as well.”

Signup for The KJAG Morning Update!

Delivered to your virtual porch every morning — on time and free :

From Ashes To New release PANIC 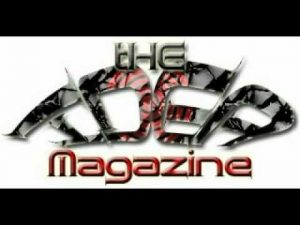 ABOUT US
KJAG Radio is your news, entertainment, music fashion website. We provide you with the latest breaking news and videos straight from the entertainment industry.
Contact us: kjagradio@kjagradio.com
FOLLOW US
© 2020 Transmedia World Wide
MORE STORIES
Rock/Metal