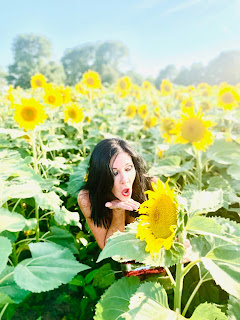 You know their songs, but do you know their stories? New comic book biographies spotlighting the lives of Heavy Metal music icons such as Guns N’ Roses, Alice Cooper, Metallica, AC/DC, Black Sabbath, Ozzy Osbourne, Van Halen, Motley Crue, Poison, Megadeth, Pantera, Anthrax, Motorhead are among others published by TidalWave Comics which have been updated into an exciting new format for readers.

Thanks to a recent partnership with Ingram, TidalWave is releasing its engaging catalog of biography comics as high-quality books sporting vibrant colors and cardstock covers printed on demand.

With music that influenced generations, it was only natural that a company priding itself on telling positive stories about the lives of the icons of the Heavy Metal music world.

A frequent writer for TidalWave, Michael Frizell has explored the lives of dozens of musicians for the publisher. “I like writing for TidalWave because they allow me wide latitude with artistic expression. At their core, the comic books tell true stories. True stories are always more interesting than fiction.”

The biography comic form allows TidalWave’s talented writers to delve into the history of newsworthy figures and explore the events that shaped them.

Illustrator Jayfri Hashim, an artist from Singapore who drew the new issues featuring Mötley Crüe, Bon Jovi, and Ozzy Osbourne, felt compelled to visit the United States as he was drawing his sections of the book. A visit to the famous Stone Pony in Asbury Park inspired his work.

Thanks to a recent partnership with Ingram, TidalWave is releasing its engaging catalog of biography comics as high-quality books sporting vibrant colors and cardstock covers printed on demand. Ingram works across the full publishing spectrum, providing assistance to some of the largest names in the business to local indie authors. Ingram will also assist with eBook distribution and much more.

“As a reluctant reader, I found the comic book form easy to access, so I always believed comics could both entertain and teach,” said publisher and creative force Darren G. Davis.

TidalWave’s line of biographical comic books have been featured on CNN, USA Today, NBC, ABC, CBS, Politico, Billboard, Roll Call, Vanity Fair, The Today Show, FOX News, and in People Magazine among thousands of others, engaging readers of all ages with a mix of information and entertainment.

Other titles being released on subjects such as Elvis, Kurt Cobain, Prince, David Bowie, Jerry Garcia, Bon Jovi and more.

Comic book and book stores can order these titles in print at INGRAM.

To view the covers of the comic books please click here: http://bit.ly/2NGPqfh

Please feel free to use the covers and credit: TidalWave Productions.

Review pdf copies and interview opportunities are available upon request.

For more information about the company, visit www.tidalwavecomics.com

As one of the top independent publishers of comic book and graphic novels, TidalWave unites cutting-edge art and engaging stories produced by the publishing industry’s most exciting artists and writers. Its extensive catalog of comic book titles includes the bestsellers “10th Muse” and “The Legend of Isis,” complemented by a line of young adult books and audiobooks. Storm’s publishing partnerships include entertainment icon William Shatner (“TekWar Chronicles”), legendary filmmaker Ray Harryhausen (“Wrath of the Titans,” “Sinbad: Rogue of Mars,” “Jason and the Argonauts,” and more), novelists S.E. Hinton (“The Puppy Sister”) and William F. Nolan (“Logan’s Run”), and celebrated actors Vincent Price (“Vincent Price Presents”), Dirk Benedict of the original “Battlestar Galactica” (“Dirk Benedict in the 25thCentury”), and Adam West of 1966’s “Batman” fame (“The Mis-Adventures of Adam West”). TidalWave also publishes a highly-successful line of biographical comics under the titles “Orbit,” “Fame,” “Beyond,” “Tribute,” “Female Force,” and “Political Power.”

Publisher Darren Davis welcomes media inquiries and interviews may be available upon request.