From Cover Band to the Cover of A Magazine

Red Reign formed in the Summer of 2013 when Carlton “Bubba” McMichael and Sammy Lee decided once and for all to put down the songs of past greats and become great in their own right. The two made the decision to stop playing covers and focus solely on creating straightforward hard hitting original rock and roll. It was a big step, a risk, a leap into the unknown territory of lyrical and instrumental creation; a leap that Sammy himself had taken before.

In an interview with The Music Room, Sammy told his musical origin story. He talks of the artist’s struggle and just how easy it is to quit along the way. The road is often long, hard, and unfruitful. So many never break through to a gainful career, to say nothing of stardom. Sammy’s mantra of “better late than never” is that of a patient and persistent man refusing to let go of his passion and dream of sharing music with the world. Back in the early 90s, Sammy’s band was set to take off, with a Warner Records deal waiting in the wings. Yet, when the grunge wave hit, the door to commercial success slammed shut. Three decades later, Red Reign is kicking that door back open and breathing life into that dream. Some call this musical nostalgia. Think about that for a second though, and ask yourself: Does a particular musical era own a sound? Are classical musicians stuck in the 18th and 19th century? Of course not! Red Reign is reviving a great sound and making badass music. That my friends is timeless.

The self-titled EP “Red Reign” delivers that awesome sound started by greats like Guns N’ Roses, Van Halen, Queensryche, and others, not as a copy or cover, but as an expression of original music through a timeless arrangement of instrument and voice.

“Not That Way” kicks off the album with a whaling guitar solo backed by catchy progressions and drum line. The lyrics quickly launch into a powerful and relatable anthem about leaving toxic relationships, dealing with pain, moving on, and growing as human beings. Throughout, I felt uplifted, hopeful, and empowered.

“Toxic” kicks in a more hard rock element. It is darker, faster, more aggressive. This is on the opposite ambiance spectrum from “Not That Way.” The first track is more melodic and uplifting. On this track we get a more brooding and melancholic tone. It is nice when albums offer a shifting range instead of the same stuff over and over. It shows more creativity.

“Chains” is similar to the first track in lyrical structure. We get the high pitched belting we all know and love, but we also get the somber tones, not unlike those in “Toxic.” This is a good synthesis of the dark and light, the aggressive and melodic. It comes together on the chains. Yes, they are painful and restrictive. This makes us depressed and anxious, which comes through in the instrumentation. Yet, breaking the chains comes through on the vocals. The belting of “I’ll break these chains” is a mantra for us listeners for whatever it is we face in life. We are all facing something or many somethings. Yet, it is possible to break the chains.

“Red Reign” is the title track and it is accompanied by a killer video. The technical guitar riffs and transgressive vocal style used is visually paired with a world drenched in bloody red. As the guitars and lyrics wail, a literal red rain is falling from the sky, filling the waters, the forests, the city streets. Many of the lines are paired with visuals that leap out from some amazing scenery. Blood flowing through veins is paired with the flow of the river. “Rain down on you” is paired with rain. The storms roll in exactly as they are conjured by the words yelled into the microphone atop an ancient bedrock. Sing and it shall be. “Red Reign” brings the red rain. It is magical in a way. The world is shifting to the tone and words of the song. If only such a power could be wielded.

“What is Love For” is low tempo rock ballad. Take out your lighters and put flame to the sky. This is spoken word into a gut wrenching tale of love and loss. This track features tear jerking vocals and some amazing guitar work. The guitar really pops here, showing the incredible range of sound that Red Reign has to offer.

Overall, we are treated to five sing along hits and one artistic video with this EP. They do rock and roll a real service, delivering something for everybody. I doubt this will be the last of Red Reign. They are yet another band disproving the idea that one particular era owns a whole sound. Good music is good music. Red Reign is good music. 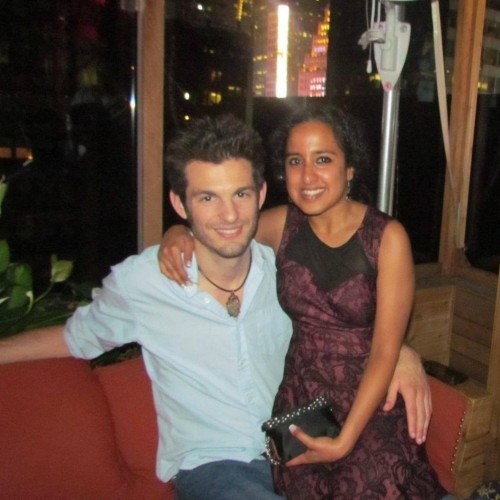 Kirk of The Reed Effect